A Step onto the Huge Learning Curve of Academic Publishing

Back in 2005, aged 25, I decided that, with little to lose and wonderfully oblivious to the challenges ahead, I would start up my own publishing company from a £1 an hour internet shop under my shared London flat. That was Legend Press, a fiction publisher, and led in time to the creation of Legend Times, a group of trade publishing companies.

My interest in academic publishing was triggered when I founded a global licensing platform, IPR License, in 2012 before selling it in 2016. During those four years we worked with a great number of scholarly publishers of all sizes and I began to see just how much change the sector had been through and how it was constantly being driven by new challenges and innovation.

When the opportunity arose in 2019 to acquire the University of Buckingham Press (UBP), I was extremely excited for Legend Times to be taking its first step expanding into academic publishing. And since taking on the very small but well-run press and launching our mission and strategy for it, the last two years have been a fascinating and very steep learning curve.

The first lesson we quickly learnt was the most important one – we needed to stop thinking like a trade publisher. There are lessons that can be exchanged between academic and trade publishing, but there is a fundamental difference between the two. Whereas trade publishing is generally fulfilling a want of a customer to have quality content to enjoy in their spare time, academic publishing fulfils a need for producing quality content which is essential to academics, researchers and a range of other professionals.

As a result, rather than producing content and then subjectively selling it, the challenge in scholarly publishing was in many ways a deeper one. The first part is to pick out the need for particular content right at the outset followed by having the processes in place, including often peer-review, to produce content that is objectively approved.

The third challenge is then to deliver it, usually in a variety of formats. This is where tech solutions come in and the realisation that academic publishing is not the old-fashioned, paper-driven world some may assume it is. In fact, to deal with the many challenges and opportunities of the digital age, scholarly publishers and distributors have invested huge amounts of money in technology and the academic publishing sector is by far the most digitally advanced of all the publishing sectors.

On acquiring UBP, with our trade background mindset, our initial focus was on its book list with the journals as an add-on. Learning from the above, it soon became clear there was also a huge opportunity in journals plus overlap between the delivery of both journal and book content. As a result, we have increased the number of journals published from four to nine with the aim of reaching 20 journals within the next two years. And then coming a full circle back to books, we have just announced the launch of a new open access monograph imprint alongside the existing books line, which itself is gradually converting into open access.

Mention of the move toward open access brings us to the business models of academic publishing. This is far too big a topic to cover fully in one blog but as someone who loves creativity in business, it is fascinating to see the business models developing from the various academic, research and publishing business needs and pressures being applied. Furthermore, coming into the academic sector with a fresh view, we are very happy to be contributing in whatever form we can to this business model evolution.

As part of this, we have been in talks with several universities over transformative agreements, enabling access to our content and publications under an equitable and single deal with each institution. Seeing many conversations happening, but inevitably just the deals with the huge conglomerates making the headlines, we launched the Libraries and Small to Medium Publisher Survey, looking specifically at what libraries would like from transformative deals with smaller presses. We plan to publish the results next year, so if you have a couple of minutes, please take a look and share the survey with any library contacts.

In summary, what a learning experience this has been – and that is before adding in the impact of the last year’s global health pandemic. I thought the leap into academic publishing would be interesting but in fact it has been more than that. It has been a gateway into a huge, expanded sector of need, responsibility, business models and most importantly the highest quality of content. We don’t know what the next two years will bring aside from the certainty the sector will again have evolved yet again into something new. 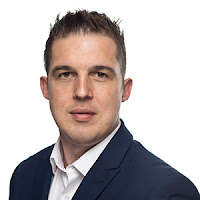 Tom started his first company in 2005 when aged 25, Legend Press, was a fiction book publisher. He later launched Legend Business, a business book publisher, followed by New Generation Publishing, a self-publishing company. He also founded IPR License in 2012, a global rights licensing platform, which he sold in 2016. In 2019, Legend Times acquired University of Buckingham Press and in 2020 launched Hero, a non-fiction book publisher.