The annual ALPSP conference will soon be upon us (so make sure you book your ticket before the late fee kicks in). One of the highlights is the announcement of the ALPSP Awards for Innovation in Publishing, sponsored by Publishing Technology, at the conference dinner.

This year's short list demonstrates yet again constant innovation in the search for new and improved ways to disseminate scholarly communication. But don't take my word for it. Here's the first in a series of spotlights on the finalists where they get to tell you, in their own words, what they are doing and why it is innovative.

In this first of the finalist posts, Melinda Kenneway, co-founder of Kudos, tells us about their platform helping researchers spread the word about their work. 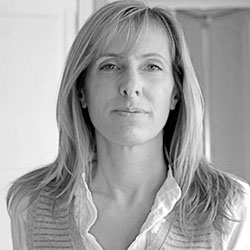 ALPSP: Tell us a bit about your company

Kudos is a web-based platform to help more research get found, read and cited. Kudos came from an idea I've thought about, and talked about, for over a decade. When I was at OUP, I managed the marketing for a large program of journals, and we expended huge amounts of effort and expense looking to build readership for research articles. Campaigns that were most effective were those that the editor or author initiated. Not a surprise, as an email from a colleague or other prestigious member of a community, was always going to be more likely to be read than one from the publisher’s marketing department! The problem was, how to do this at scale … we couldn't manage this article-level promotion for everything we published – it was literally thousands and thousands of articles every year.

Since that original idea, much in the world has changed. The rise of article level metrics, broader assessment of impact and the increasing uptake by the research community of social media is creating a new opportunity for authors to take more direct control of the post-publication performance of their work. Coming from an industry background, the founders of Kudos saw an opportunity to provide tools to individual researchers to assist with this; but rather than do this in isolation to the rest of the scholarly communications industry, to work to aggregate the efforts of authors, publishers, universities, societies and funders – using existing infrastructure, tools and services to help drive impact.

That is the vision for Kudos. We’re currently still in the early days of our development, having launched in May last year initially with a toolset for authors to explain, enrich and share links to their publications. Kudos is free to authors, funded primarily by revenue from a publisher service that provides visibility on their authors’ activities within Kudos, and opportunities to support and amplify their outreach efforts.

What is the project that you submitted for the Awards?

We've submitted the Kudos researcher and publisher service, which we launched in May 2014. In just over a year we've grown to over 55,000 registered users with the support of some 40 publishers, including our founding partners: Taylor & Francis and the Royal Society of Chemistry.

Our users are drawn from all over the world, representing a range of career stages. Over a third are well established in their careers, so clearly, interest in publication performance by the research community is universal. Authors registered in Kudos are linked to over 2 million articles. Authors have created over three million views of their article profile pages on the Kudos site, and driven over 30,000 referrals to publisher sites since we launched.

Tell us more about how it works and the team behind it.

'Kudos was founded in 2013 by Melinda Kenneway, Charlie Rapple and David Sommer. We are three industry consultants with over half a century’s experience between us. This holistic overview has been instrumental in our approach to creating a solution that works with, rather than against, the current system. Not that we’re saying things can’t be improved – far from it; but we’re not trying to create a revolution so much as facilitate an accelerated evolution.

Kudos works by providing three simple tools to authors – they can create a profile page for each of their publications (an article, book or book chapter), drawing metadata from CrossRef (title, authors, publisher etc.) as a foundation for that page. They then add a short title, and brief explanations of what the work is about and why it’s important.. All this valuable, browseable new data is then made available to search engines, publishers, and other sites and services to help broaden reach. Authors can also add individual perspectives, so co-authors can tell the story of that publication from their viewpoint – this new feature, recently launched, has been particularly popular. Authors can also enrich their publications, linking up related resources such as images, datasets, videos and news coverage. We then provide a simple way for authors to share a link to their publication page via email, their blog, or social media sites, this is then trackable so they can assess subsequent impact on their personal dashboard against a range of metrics.

Publishers and universities can gain visibility on this activity through a Kudos dashboard that shows them which of their authors are registering, using the tools, and who is getting traction – for example, those articles whose altmeric scores are changing most rapidly indicating ‘of the moment’ media attention and those authors who are being most successful at sharing, with click-through access to information on who else is influential in driving impact within their networks (retweets etc.). The publisher dashboard provides opportunities for one-to-one engagement with authors to help increase the impact of their efforts, and identify influential advocates within communities. Publishers also benefit from access to the lay metadata and links that the authors add, which can be provided back in the form of a widget, to redisplay on the publication page on the publisher site. All publication profile pages on Kudos link prominently to the publisher’s authoritative version of the article or book chapter, on their site.

Beyond this, is the potential for even more significant innovation - through creating a service that is open and integrated into the existing and evolving scholarly communications infrastructure. We believe the consumer model for creating controlled communities, with the aim of keeping people within them to create monetizing opportunities, doesn't work for research. The community is too large and diverse, and the role of publishers, universities, funders and societies is too important to simply bypass. The real innovation for us will come in the future as we work to forge partnerships with the multiple existing and emerging organisations, tools, systems, resources and services that individually, or together in any combination, can help drive research performance.

What are you plans for the future?

Our roadmap is substantial. Our challenge is fulfilling this as fast as we would like! Because the founders are all drawn from within the industry, this has helped Kudos have a high profile at this early stage in our life. We've been keen to talk about our ideas at conferences and in workshops, and excited to have had so much support from publishers, so early on. However, we remain a very young company, with the challenges of working in a lean way to an ambitious vision. We've successfully generated some initial revenues, won grants, and attracted early funding – this has helped accelerate some of our roadmap pans – we’re particularly pleased to have been able to develop additional features for authors, or example - to start helping them manage their personal digital visibility more broadly via profile sites; and we will shortly be releasing a significantly enhanced publisher dashboard. We’re also currently in pilot phase with a service for universities, which includes almost a dozen major institutions such as the London School of Economics and Political Science, Stockholm University and Carnegie Mellon University.

But there’s a lot more to be done – all our existing products have many ongoing enhancements planned, and we’re also currently looking at developing a society service to help societies engage more deeply with their members and showcase high performance.

Our longer term vision to embrace a future where researchers will have multiple ways of talking about their work, legitimately sharing information on publications, finding collaborators, reaching out to peers and connecting new audiences with their work. As the landscape grows in complexity, so will the need for a central tool-set, deeply integrated with these emerging services. Kudos will provide this – embedding ourselves where researchers want to access our tools, then providing them – and the organisations that support them – with insight on which of these drives performance, based on the measures that matter to them. By doing this, we aim to make research more discoverable, more useful, and maximise the effectiveness of outreach activities.'

Melinda Kenneway is Executive Director at Kudos. After completing a degree in Experimental Psychology at the University of Oxford, Melinda began her career in academic publishing working at Oxford University Press for 13 years, where she gained the position of Global Marketing Director for the Journals Division. In 2004 she founded TBI Communications, a specialist marketing agency serving academic publishers, societies and libraries. In 2013 she co-founded Kudos – a web-based platform that supports the research community in increasing the impact of research output.

Posted by Suzanne Kavanagh at 20:06 No comments: