So much effort in our industry goes into new content: the launch, the debut, the first run. Yet, there is a complex, profitable second life for content after it serves its initial purpose. Often, it is up to publishers to become the guardians of that second act, spawning “children” from the original content that can flourish after primary sale.

Content creators and publishers shape the primary “parent” work in a certain format, for a certain audience, so it can be challenging for them to accept that the world might reinterpret that work in ways they can’t control. The use of child content can be so unpredictable and so detached from the original work that publishers might find it impertinent, trivial, or undermining.

Like a dysfunctional family, some publishers are stricter than others when it comes to sending child content out into the world for fresh creative or commercial endeavors. It’s a balancing act for publishers to protect the value with which they have been entrusted, without stifling the possibility of a productive future. The more inspiring the original work, the more likely that it will yield offspring that flourish beyond the scope of the primary sale. As surprising as the opportunities may appear, reinterpretation of child content can produce immense value to publishers who are open to the concept.

Over the past several years, I have been exposed to companies seeking reuse of creative output of all kinds. Excerpts, charts, and graphs are common, but we also hear about requests for instructional videos, posters, and secondary text created to support website features. These requests are often very difficult to process. I sometimes see bias on the part of content creators and publishers for the primary work to be protected just as it is, cut off from the potential of a second life. Beyond that, the creators of the content can be hard to find, and the intended reuse is hard to describe. When not a lot of money is involved, it’s easy for the trail to go dead.

Taking the widest view of the “permissions” landscape, which my job at Copyright Clearance Center allows me to do, I encourage creators - and custodians of creative works - to embrace the inspiration that others receive from an original work. The inspiration may seem “less than” because it has a different audience, format, or purpose, than the original, but that contribution could take the achievement to a new realm.

I don’t mean that creators should abandon control, allowing every proposed reuse. I’m also not implying that creators should not be compensated for their contributions. Rather, creativity should be encouraged as the seed of further achievement. When creating child content will cause no harm to the parent content, why not embrace the experiment of that creative output? Consider the options carefully, but trust that the intrinsic value of the parent content will be amplified by the life of the child content. If the significance is not apparent to you, take that as testament to the power of independent thought. 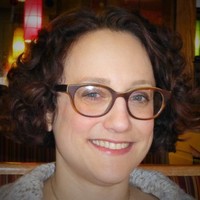 Jamie currently works as manager of publisher account management at Copyright Clearance Center, where she has worked since 2011, finding opportunities to license content and increase royalty revenue.

Jamie’s publishing career began at Arcadia Publishing, a UK publisher with an office in Dover, New Hampshire. Hers was a start-up division; Jamie acquired titles, did production work and editing, and even sold books on the road from time to time.

In the earliest days of the internet, she worked at a web-design company, then worked for six years as a manufacturing buyer at Heinemann in Portsmouth, New Hampshire.

Jamie moved back online in 2007, when she became product manager at Publisher Alley, a subscription website for analysis of book sales. Publisher Alley was owned by Baker & Taylor at the time, and is now owned by EBSCO. In this position, she was the editor of Alley Talk, a free companion site for Publisher Alley featuring bestseller listings and industry white papers.