On 13 September, at the ALPSP Conference, we will be announcing the winners of the 2018 ALPSP Awards for Innovation in Publishing, sponsored by MPS Limited.  In this series of posts leading up to the Awards ceremony, we meet our six finalists and get to know a bit more about them.

In this blog, we speak to Simon Adar about Code Ocean - a cloud-based computational reproducibility platform that provides researchers an easy way to share, discover, and run code.

Tell us a bit about your company

More and more of today's research includes software code, statistical analysis, and algorithms that are not included in traditional publishing. These are often essential for reproducing an article’s research results and for enabling future research. Code Ocean addresses this major roadblock for researchers, and was incubated at the 2014 Runway Startup Postdoc Program at the Jacobs Technion Cornell Institute.


What is the project/product that you submitted for the Awards?


We submitted the Code Ocean platform codeocean.com. The platform offers researchers and scientists the option to upload a working instance of their code and data along with the associated article, at no cost to the researcher. 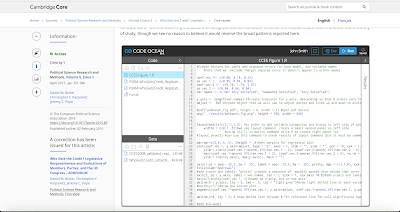 Code Ocean is an open access platform for code and data, which can all be downloaded without charge. In addition, Code Ocean enables users to execute all published code on the platform, eliminating the need to install software on personal computers. Everything runs in the cloud on CPUs or GPUs, according to the user needs. We make it easy to change parameters, modify the code, upload data, run things again, and see how the results change.

Code Ocean was founded based on experiences I had during my Ph.D. Part of my research was spent exploiting airborne and spaceborne multispectral and hyperspectral images for the purpose of environmental monitoring. This meant building on previously published works, but as me and my colleagues got deeper into the project, we faced multiple roadblocks, particularly in trying to get other researchers’ code up and running. We found that researchers develop algorithms, software simulations, and analysis in a wide variety of programming languages (and each language often has multiple versions, creating further compatibility issues). Code also depends on different files, packages, scripts, and installers in order to run properly, and getting all these pieces working is a time-consuming and complicated endeavor that takes away from research. I soon discovered that these “reuse” difficulties were part of a wider problem that many call the  "Reproducibility Crisis" in science. I realized that certain recently developed technologies, properly used and adapted, could help address this crisis led to the founding of Code Ocean. 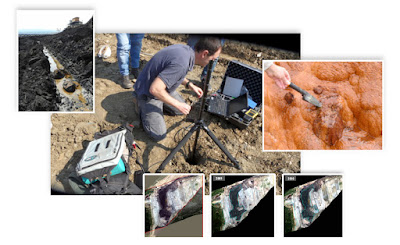 We are now a team of over twenty women and men dedicated to working with the scholarly publishing community in make code execution easier for researchers, so they can continue building upon their work and the work of others.

For the first time, researchers and scientists can upload code and data in any open source programming language (plus MATLAB and Stata) and link executable code with published articles. For many years the scholarly publishing community has been looking to move beyond the PDF, provide interactivity to their users and treat critical artifacts such code and data as first class citizens.  Code Ocean provides self-contained executable ‘compute capsules’ that include code, data, and the computational environment that can be embedded into articles. These compute capsules saves researchers time and allows them to iterate on and interact with code, for instance, bringing  in new datasets, changing variables, and extending existing code. Code Ocean's platform eliminates the need to set up or debug coding environments, allowing researchers to spend more time on their research.

Our current partnerships with the IEEE, F1000, Cambridge University Press, Taylor and Francis, and others demonstrate how embedding executable code within publications provides interactivity, validation, and research transparency.

What are your plans for the future?

We are continually updating the platform with new features and have a substantial update in the works that will expand functionality for our researchers. One recent development is that researchers can download an entire capsule, comprising its code, data, results, metadata, and a recipe for the complete computational environment. This will allow researchers to use Code Ocean compute capsules outside of the platform on users’ preferred machines. 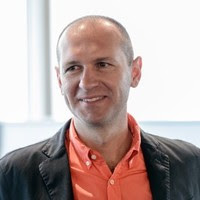 Simon Adar is the founder and CEO of Code Ocean which was originally incubated at Cornell Tech. He was a Runway postdoc awardee at the Jacobs Technion-Cornell Institute and holds a PhD from Tel-Aviv University in the field of Hyperspectral image processing. Simon previously collaborated with the DLR - the German Space Agency on the European FP7 funded EO-MINERS project to detect environmental changes from airborne and spaceborne sensors.

The ALPSP Awards for Innovation in Publishing 2018 are sponsored by MPS Ltd.
Posted by Melanie at 11:42