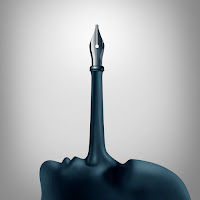 In this latest blog, Helen Duriez, from our Professional Development Committee, reflects on how our current webinar series Trust, Truth and Scholarly Publishing webinar series came together.

Oh, how the world turns. I used to think that Donald Trump running for US president was a fine joke. I used to think there was no way the UK would choose to go it alone when it could be a part of the collective economic might of the European Union. Turns out, the voting public in the US and UK had very different ideas to those of this naïve millennial back in 2016.

Two years on, it’s become apparent that a large part of the success of these two major political campaigns was their ability to leverage personal belief systems. People are more likely to believe what they read if it aligns with their pre-existing belief system or if it taps into a feeling of existential threat, causing them to disregard evidence to the contrary. Ironically enough, there’s research that backs up this theory, and the concept even has a name – post-truth. You might have heard of it.

Now, what people choose to believe (or not) is tightly interwoven with what we choose to tell them, and how. In scholarly publishing, most of our jobs involve disseminating complex information in one form or another. With research output higher than ever before, there’s a lot of complicated stuff to explain – not just to academics and practitioners, but to the general public as well. Scientists are used to working with ambiguities, although that doesn’t mean they always navigate the rocky terrain of uncertainty safely. And what about lay audiences, who give as much weight to opinions as to facts?

The team at ALPSP felt this topic warranted further exploration, and so a small group of staff and volunteers (I’m one of the latter) have taken it upon ourselves to put together a series of webinars looking at some of the issues and opportunities in scholarly publishing today. Here’s how the series pans out…

In case you missed the first webinar in the Trust, Truth & Scholarly Publishing series, go – sign up and download it. Seriously, do it. Yes, as one of the organisers I may be a little biased, but even knowing what I was about to listen to didn’t stop me from being motivated and left feeling a little awe-inspired as Richard Horton gave us a passionate, powerful reminder of what early journal publishers set out to achieve, and the obligations we still have to society today. Jason Hoyt follows up with some practical thoughts about how publishers can succeed in a post-truth world.

In last week's webinar, now available for download too, and highly recommended,  Catriona Fennell, Rachel Tsui and Chris Chambers explored how the concept of reproducible science represents an opportunity, rather than a threat, when it comes to getting to the truth, the whole truth, and nothing but the truth. The traditional journal publishing model doesn’t have much time for replication studies (not original research, don’t ya know) or registered reports (findings, please!), but things are starting to change…

The process of communicating a new piece of scientific research to the world can sometimes feel a little like a game of Chinese whispers. When the description of a complex concept or process is shortened and reworded in order to reach a new audience, it’s meaning can change subtly. I’ve seen more than one twitter spat debating the latest “scientists have found…” health fact, and there are those who have built careers around addressing some of these misrepresentations.

So, what tools can those of us in scholarly communication use to instil trust in our content? In our last webinar we are joined by three industry communicators Tom Griffin, John Eggleton and Eva Emerson to find out.  You can register here for this final webinar.

For more practical information on the series, including how to get a members’ discount, see here.

Helen Duriez is a Product Manager at Wiley, specialising in digital strategy and planning. With over 12 years’ experience in the publishing industry, Helen has previous worked at the Royal Society, Macmillan and OUP. She gets out of bed for open science and avocado toast.

Posted by Heidi Russell-Jones at 15:00