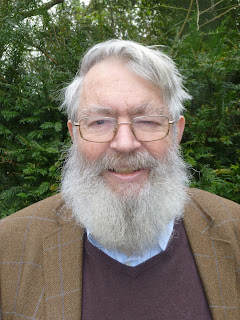 "This is a personalised view of the recent (16 June) ALPSP seminar with this title. It was a memorable occasion if only for the really excellent and highly provocative introduction from Lorraine Estelle (alas now leaving Jisc Collections, but welcome to COUNTER which she will head up). She began with a description of the early days of Cambridge University Press where their attempt to provide a grammar for their students clashed with the monopoly of the Stationers’ Company. Part of the arguments against this suppression of a work needed was an attack on the high prices charged by the livery company. CUP won in the end, but it took fifty years.


Do textbooks now really give what the students actually want?


She instanced a medical student who spoke at a recent meeting and explained his need for a “textbook” that took advantage of the functionalities provided by the web. He wanted a “study buddy”. Textbooks are not this personal friend and they are anyhow too expensive. Do they talk to the students? This was a nicely crafted circle. Of course such functionality costs, as Lorraine accepted, but it is (is it not?) what we aim for that counts.

In her presentation Lorraine cited Coventry University as trying to provide core textbooks in a “no hidden extras” approach. This has done good things for them in the teaching rankings, but these are printed books – not really what her student was thinking of. She was pleased to see that the renewed UCL Press welcomed textbook proposals.

The best examples came from the next session. There were excellent presentations starting with the truly visionary Dr Phil Gee at Plymouth. His programme was a partnership with established textbook publishers and established texts offering access online to all the textbooks the psychology students needed for the first year – twelve in all. The project started in 2011 and he has successfully expanded in subsequent years with backing from the administration – and amazingly from the faculty - 90% satisfaction from your academic colleagues is something to write home about!


There are now 600 titles involved across a range of departments, but it is becoming harder to keep the project going. I am not surprised.

The second speaker from a university was Andrew Barker from Liverpool University Library working with the director of the university press Anthony Cond – the recent recipient of a number of awards. Their plans exemplified the concept of collaboration. Andrew pointed out that Anthony and he both saw the relationship of librarian and publisher as analogous to that of a dog and a lamppost. He suspected that each of them saw the other as the lamppost. They both put in for “the institution as e-book creator” RFP from Jisc and won two slots. Andrew was excited by the project and one of the books (history resources) was clearly something that had to be locally produced because it was the resources of the Liverpool library that were being incorporated. However a publisher might wonder (as a CUP staff member did) whether it was in fact cheaper to create a new book than do a deal over an old one. The jury is still out on that point.


For decades Jisc has been trying to find a sustainable model which envisages educational resources produced in one university being of any interest at all in other universities. Heron gradually led to Jorum and there was still the same hype and little take-up.

Commercial publishers had been invited to discuss more collaborative publishing initiatives. However, Springer offering e-books to be incorporated into MOOCs and Sage developing an interesting video series seemed to be niche products. Pearson, meanwhile, fielded a speaker from their Personalised Learning team. It did became clear from the discussion as much as from the presentations that after years of experimenting the big players are actually listening to the medical student and his friends and producing all singing and all dancing services, but at a cost. It was not obvious either whether what is available so far is always appropriate for the UK educational system that is so different from the US.

The two final presentations provided context and perhaps should have come earlier in the programme. Professor David Nicholas (who headed up the Jisc e-textbook experiment of some time ago) argued that librarians and publishers alike are not really engaging with the Google generation who are in bed with their smartphones. He thinks it is a step change in the learning process.


University teaching and learning are decoupled from real life. The students come to college trusting what they find through their mobile links to the world and have no thought for the library.

But are we in the business of converting the students with this background to real learning which needs concentration and thinking? Dr Frances Pinter, whose Knowledge Unlatched programme for e-books has been such a success, had clearly thought a lot about knowledge infrastructure. I would like to read her presentation. Some of the most important presentations need to be read and this was one of them. In particular she made some wise remarks about how the provision of teaching objects in higher education should be costed out properly.

Reading my notes I realise what a lot was provided for us in this seminar but it did end with a lot of questions. Is that a good thing? It is good that there are lots of models and a lot of those not really mentioned come from and are operating in the States."

Anthony Watkinson is principal consultant to CIBER which he helped to found in 2002 and is author of a number of publications in information science, He is a consultant to the Publishers Association, organises seminars for the STM, teaches at UCL and is a Director and Plenary Chair of the Charleston conference.
Posted by Suzanne Kavanagh at 10:39